Written by John Briskham on 06 November 2010. Posted in Match Reports

Academy bounced back from their cup disappointment with a comfortable 8-1 win against bottom of the table Fort William. Academy have now won 5 out of their 6 league home games this season, with only Huntly managing thus far to win at the Harmsworth. Academy chalked up 7 different scorers today, with Shane Sutherland getting a double. Richard Macadie's 66th minute strike was his 50th league goal for the Scorries.

Wick started this game brightly and nearly took the lead after 3 minutes, Richard Macadie and Davie Allan exchanged passes before laying the ball back to Stevie Cunningham, Cunningham pushed the ball ahead of Sam Mackay and he was through one-on-one with the keeper but he lifted the ball over the keeper and wide of target when he maybe should have scored.

Wick did however take the lead after 14 minutes, Cunningham's cross from the right was misjudged in the air by Macadie but it fell to Gary Manson, Mason drove the ball along the face of goal to Davie Allan who tapped the ball home from a few yards.

Just a minute later Fort William nearly got back on level terms, Michael Gillespie found space 30 yards from goal and James More had to be alert to tip his shot over the bar, from the resultant corner Wick broke up the park and doubled their lead, Macadie and Allan both tried to work space for a shot but couldn't so Macadie set up Manson he scored with a low shot from just inside the box.

With half an hour played Fort William really should have pulled a goal back, Sean Ellis floated a free-kick to the back-post and Logan Barker took the ball down but fluffed his shot wide of target.

On 38 minutes it was 3-0 Allan and Macadie again worked a neat 1-2 and Allan laid the ball back to Cunningham and he lashed the ball home from 16 yards.

it got worse for Fort William two minutes later when they conceded a fourth, Manson played a long ball for Shane Sutherland to run onto, as he went to meet the ball he was met by the Fort keeper who missed the ball completely allowing Sutherland to curl the ball home for his first goal for the Scorries.

On the stroke of half-time Eliis hit a free-kick from 25 yards that had to be parried away by the Wick keeper Moore.

On the hour mark Academy added a fifth, Alan Farquhar played the ball forward to Sutherland and he held off a challenge before placing the ball into the bottom left hand corner.

Five minutes later substitute Martin Gunn had a shot beaten out by the keeper and the ball fell to Gary Weir but he hit his effort against the bar and then Manson fired the ball high and wide.

Just a minute later and Wick scored again, Sam Mackay played weir down the inside left channel and his cut back found Macadie in the six yard box to tap the ball home.

With 20 minutes left Fort William had a great chance to pull a goal back, John Paul McCormack crossed from the right and Gillespie fired a fine volley against the face of the bar from 15 yards.

Sam Mackay finally got the goal his play deserved after 77 minutes, Weir was fouled 25 yards from goal and Mackay took the resultant free-kick and lifted it over the wall and watched as the keeper could only parry the ball into the net.

Wick got their 8th and final goal after 87 minutes, the impressive Sutherland played a low cross into the box for Weir to take a touch before slotting home.

The scoring was not done though as just a minute later Fort William got a consolation goal, Iain Mclellan found himself some space and from 25 yards fired a low shot into the net. 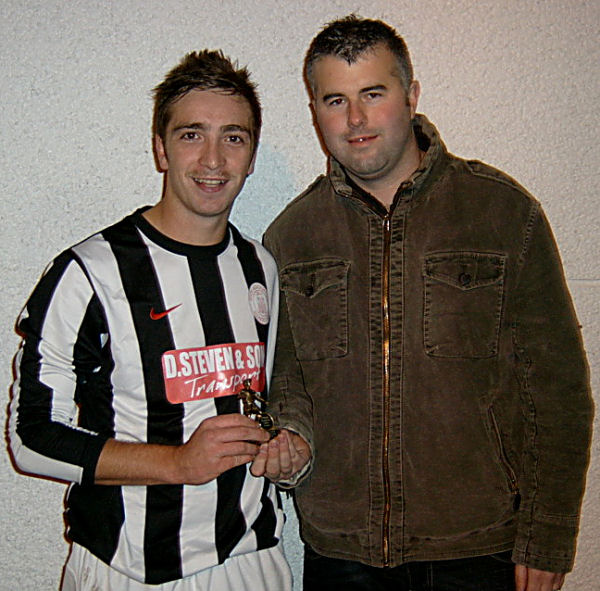