Written by John Briskham on 23 November 2019. Posted in Match Reports

Illness, a suspension and player unavailability meant that yet again manager Tom McKenna had to shuffle the pack. Mark Macadie, Jonah Martens and Colin Macrae all started this one, with the list of players missing including; Ross Allan, Alan Farquhar, Jack Halliday and Craig Gunn.

The first half was a pretty even affair with Academy coming close through Kuba Kozio who forced keeper Paul Leask to turn his diving header around the post.

Paul Campbell opened the scoring for the visitors 4 minutes before half time and a second half goal from Scott Barbour, his 150th for the club, secured the win for Fraserburgh.

Academy had the best opening chance of the game. Kuba Koziol managed to get a good header on a crossed ball from Gordon MacNab and keeper Paul Leask did brilliantly to make the save turning it around his left post for a corner.

With Academy holding their own it looked as if the sides would go in goal-less but Broch spoiled the plan. Sean McCarthy pulled off a good save turning a powerful attempt from William West around the post for a corner.

The resulting corner was swung in and it took a flick off the head of Ryan Campbell and fell to the feet of Paul Campbell who was unmarked and he hooked it home from close range.

Fraserburgh upped the tempo in the second half and McCarthy had to look sharp to save two great efforts from Ryan Cowie.

Fraserburgh put the game to bed in the 54th minute. Campbell advanced down the right wing and whipped the ball into the penalty area for Scott Barbour to steam in unmarked and he made no mistake turning it into the net from 4 yards out.

Man of the match as chosen by match sponsor JB Tiles and Bathroom Solutions was Grant Campbell. Grant is pictured receiving his trophy from John Budge 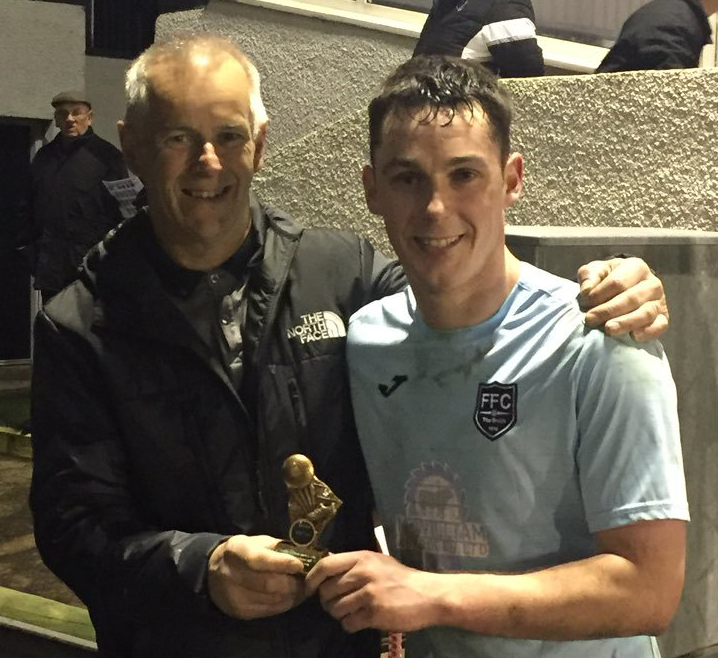