Written by Melanie Roger on 27 October 2018. Posted in Match Reports

For those who had a flutter on who would be a hat-trick hero for the Scorries and picked Andrew Hardwick, we hope you are enjoying your Caribbean cruise and can you also pass on this week’s lottery numbers? To say the defender would be an unlikely treble ace would be an understatement but that’s what he turned out to be in what was a comfortable victory for Academy who had Gary Manson, Michael Steven and Davie Allan also hitting the target their 750th Highland League game.
You had to spare a thought for Fort keeper Mateusz Kulbacki who pulled off a string of superb saves. His team-mates ran their socks off, but it was clear that the skill level required to be higher up in the Highland League was not there. Still, that wasn’t Academy’s problem – although a degree of patience was needed before Fort William’s defensive strategy could be dismantled.
Fort were well drilled for the opening half-hour as they steadfastly refused to give an inch. Kulbacki was proving to be a formidable last line of defence, having thwarted Sam Mackay, Jack Halliday and Michael Steven – the latter being denied by a remarkable one-handed save at full stretch. However, just as one or two dis-gruntled murmurings from the Wick support were beginning to surface, Fort handed the Scorries the opening goal on a plate. A careless challenge by Brandon Lopez on Mackay inside the box resulted in a penalty which Manson tucked away with ease.
Two minutes later, one-nil be-came two as a goalmouth scramble resulted in the ball squeezing its way to Hardwick who flicked it in from a couple of yards out.
With Fort now needing to come out and try to retrieve the situation, many expected Wick to pick them off at will, but Kulbacki’s heroics ensured that the home side were only two goals up by the break. The game was effectively over as a contest 10 minutes into the second half when Hardwick dis-patched a superb diving header past Kulbacki.
A fourth duly followed as Allan bamboozled the Fort back four with his dribbling skills before cut-ting it back for Michael Steven who rolled the ball into the empty net.
Then came the moment that Hardwick will remember for a long time. Halliday’s surging run into the box was interrupted when he was hauled down. Instead of Manson getting the chance to replicate his spot-kick from the first half, the ball was handed to Hardwick who comleted his hat-trick with aplomb.
No doubt noticing that all the goals had come from defenders, Allan decided it was time a forward got his name on the scoresheet. Good work from Alan Hughes on the left presented Allan with an easy chance from six yards. 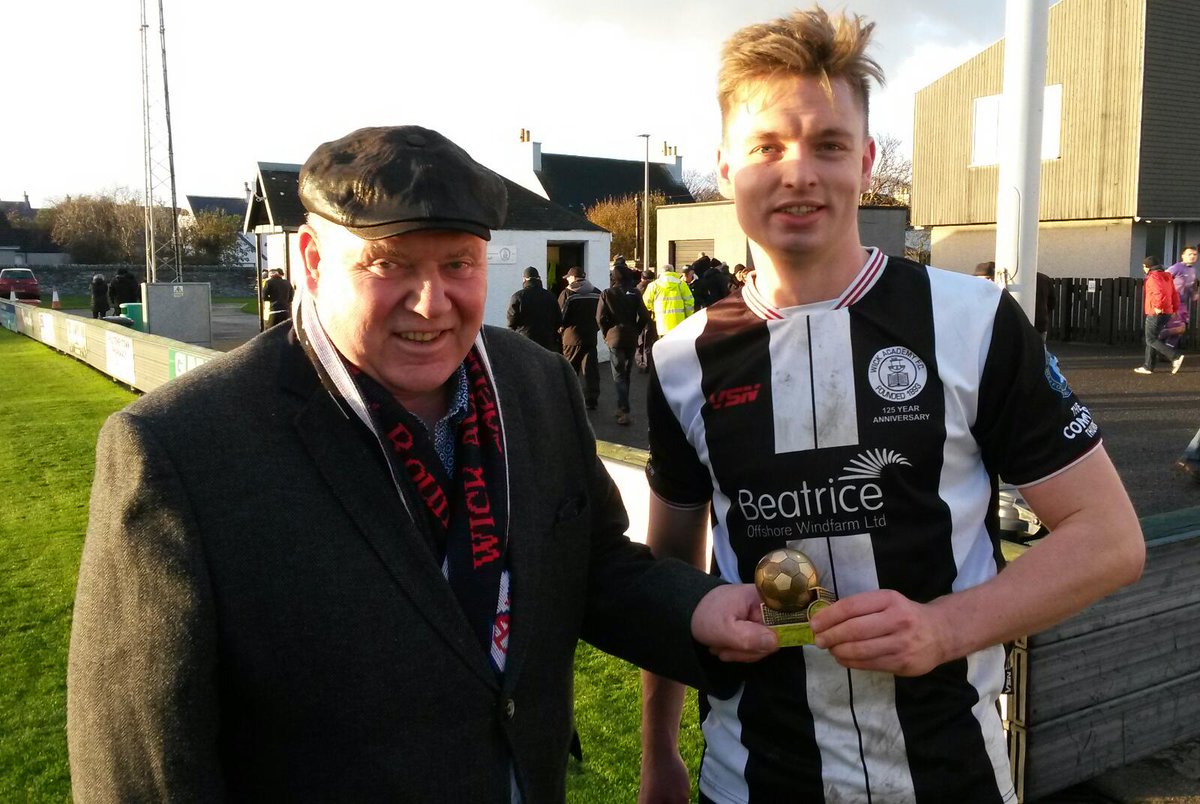