Written by Melanie Roger on 29 December 2018. Posted in Match Reports

Formartine United took advantage of a late red card to Danny Mackay to hit an injury-time winner and consign Academy to a second defeat over the festive period.

The Scorries struggled to create any clear chances but defended resolutely and the game appeared to be drifting towards a goalless draw before Graeme Rodger's late strike.

Manager Tom McKenna made two enforced changes to his side, with Ross Allan and Andrew Hardwick replaced by Gordon MacNab and Craig Gunn. Sixteen-year old Mark Macadie, brother of Richard, made his first appearance on the bench.

Academy started positively and Marc Macgregor twice tested Formartine keeper Kevin Main within the opening 10 minutes - first when he scuffed a shot straight at Main after being set up by a driving run down the right from Davie Allan, and then seeing an edge-of-the-box effort comfortably held.

With Wick sitting deep in clear defensive blocks of four and five, the visitors took control after that and passed up several decent opportunities to take the lead.

Archie Macphee found himself with a clear look at goal a quarter of an hour in but he somehow poked wide of Sean McCarthy's left-hand post, and Rodger followed that moments later by guiding a shot wide of the same spot.

After coming through that tough 15-minute spell, it was Academy who threatened next when, after a great spin in midfield by Grant MacNab, the ball came through for Macgregor whose shot was blocked by Main.

Academy made a tactical switch with Craig Gunn and Davie Allan swapping wings and Gordon MacNab moving upfield to partner Macgregor up top. The move failed to pay dividends as Wick couldn't trouble the away defence throughout the half, Davie Allan coming closest to goal when he skewed his shot wide after a one-two with Macgregor.

Formartine similarly struggled to break down a well-drilled home defence, but they smelled blood when Mackay was given a second yellow card in the last minute after a collision with substitute Scott Ferries.

It was another Formartine sub who played a key role in the winner when Liam Burnett skipped past Craig Gunn to the by-line and cut back for the unmarked Rodger, who had the simple task of tapping it home. 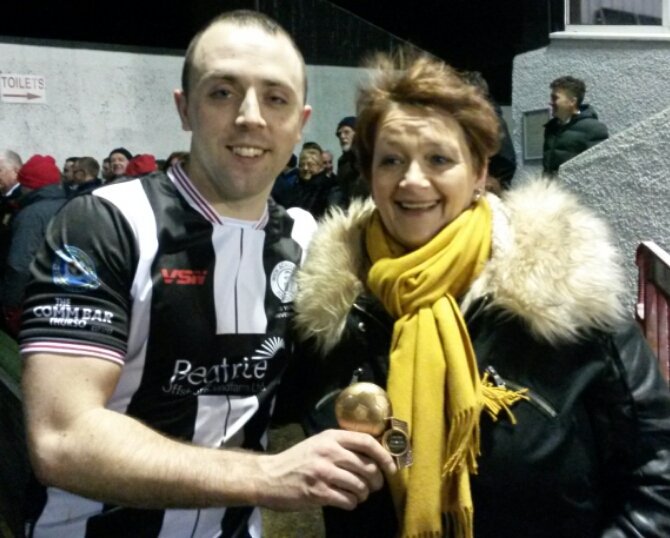