Under 17's Lead The Table

Written by John Briskham on 18 December 2018. Posted in Match Reports

The Wick Academy Under 17's have concluded the first half of their season and now have a well-earned Christmas Break. The Academy young-guns sit top of the SHFL North table on goal difference over nearest challengers Alness United.

The boys have won 13 out of the 14 games played, with the only defeat coming at the hands of Alness. The next scheduled game which starts the second half of the season is at home to Dingwall on the 13th January 2019. 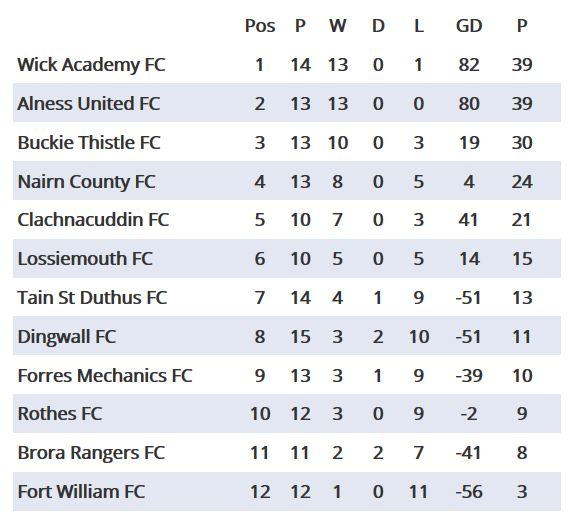