Written by Melanie Roger on 03 November 2018. Posted in Match Reports

It was always going to be a difficult task for Academy to overcome the league leaders, but for 30 minutes, buoyed by performances over the last few weeks, Academy more than held their own.

The referee had his cards out early - Jack Halliday booked in the 7th minute for a challenge on Cove's Blair Yule and then 2 minutes later Harry Milne was yellow for a blatant trip on Davie Allan as the Wick man was flying down the wing.  The first chance of the game fell to Wick from the free kick but Gordon MacNab could not steer his shot on target.

Cove's opening chance came when Blair Yule beat Andrew Hardwick to the byeline and cut the ball back across goal - Jack Halliday on hand to thump the ball clear for Wick.

It was Gordon Clark to the rescue for Wick after 18 minutes when Mitch Megginson fed the ball through to Jordon MacRae, but Clark got down quickly to his right to push MacRae's shot to safety.

A minute later Wick were on the attack - Marc Macgregor with a neat turn and shot at the edge of the 18 yard box that went just wide of the post, a run into the box by Gordon MacNab was smothered by Alan Redford and a run and cross in from the right by Davie Allan missed the outstretched leg of Marc Macgregor by inches.

The Wick crowd watched in amazement in the 27th minute when Liam Duncan brandished a yellow card at Richard Macadie for the most innocuous of challenges - Gordon Clark having to be on his toes from the resulting free kick to tip the ball over the bar.

A minute later there were howls of protests from Wick players and fans alike as Alan Redford fouled Gordon MacNab as he was running on to a pass from Davie Allan. To everyone's disbelief referee Duncan only showed a yellow card to Redford who looked to have been last man.

The resulting free kick came to nothing for Wick and Cove were immediately on the attack again - Mitch Megginson's shot from the edge of the 6 yard box blocked by Gordon Clark and hooked away to safety by Michael Steven.

The Harmsworth faithful behind the goal were once again incensed 2 minutes later when the already booked Harry Milne appeared to throw himself to the ground in the Wick penalty box under pressure from Jack Halliday.

And then disaster for Academy - A thru ball found MacRae on the edge of the 18 yard box - Michael Steven nudged the ball and the man towards the keeper - Wick keeper Gordon Clark did well to get a hand to the ball and clear it to his right - then as a stramash ensued between Clark and MacRae , Steven looked to have finished the clearance  before  a challenge from Mitch Megginson sent the Wick defender thru the air. With all eyes on the ongoing stramash between Clark and MacRae, when the referees whistle blew almost everyone in the ground assumed it was for a free kick to Cove on the edge of the box for the original Steven challenge.  Enter Assistant referee Brian Fowler who advised the referee that Michael Steven had kicked out at Megginson while flying thru the air. Red card for Michael Steven and a penalty to Cove that was subsequently dispatched by Megginson.

Academy adjusted quickly and made their way to half time with only two further Cove attacks causing consternation - Gordon Clark saving low to his right from Daniel Park and a shot from Jaime Masson that beat Clark but hit the post , flew across the face of goal, and was cleared to safety.

Cove made their man advantage pay 10 minutes into the second half - Mitch Megginson running on to a pass by Blair Yule and firing the ball low past Gordon Clark. A minute later Megginson nearly had his hat-trick just inches off converting a cross from the left by Harry Milne.

Gordon Clark was called into action again in the 63rd minute when he punched clear a swerving cross from Jordon MacRae and the crowd and Jack Halliday held their collective breath when Halliday (already booked) brought down Cameron Milne on the edge of the 18 yard box.

Wick defended well for the next  10 minutes keeping Cove away from the 18 yard box but Cove had another chance on goal in the 70th minute when a late challenge by Danny Mackay on Mitch Megginson brought another free kick at the edge of the box.  Before the free kick referee Duncan had brandished his yellow card at Gary Manson for an earlier infringement and Grant Steven for talking back.

Cove may not have scored from the free kick but Grant Steven's booking became expensive when, 5 minutes later, his late tackle on substitute Jordon Brown earned him a second yellow and a subsequent red card.

It was backs to the wall defending for the 9 men left on the park for Wick for the last 15 minutes - with Gordon Clark excelling in the Wick goal as he faced wave after wave of Cove attacks. 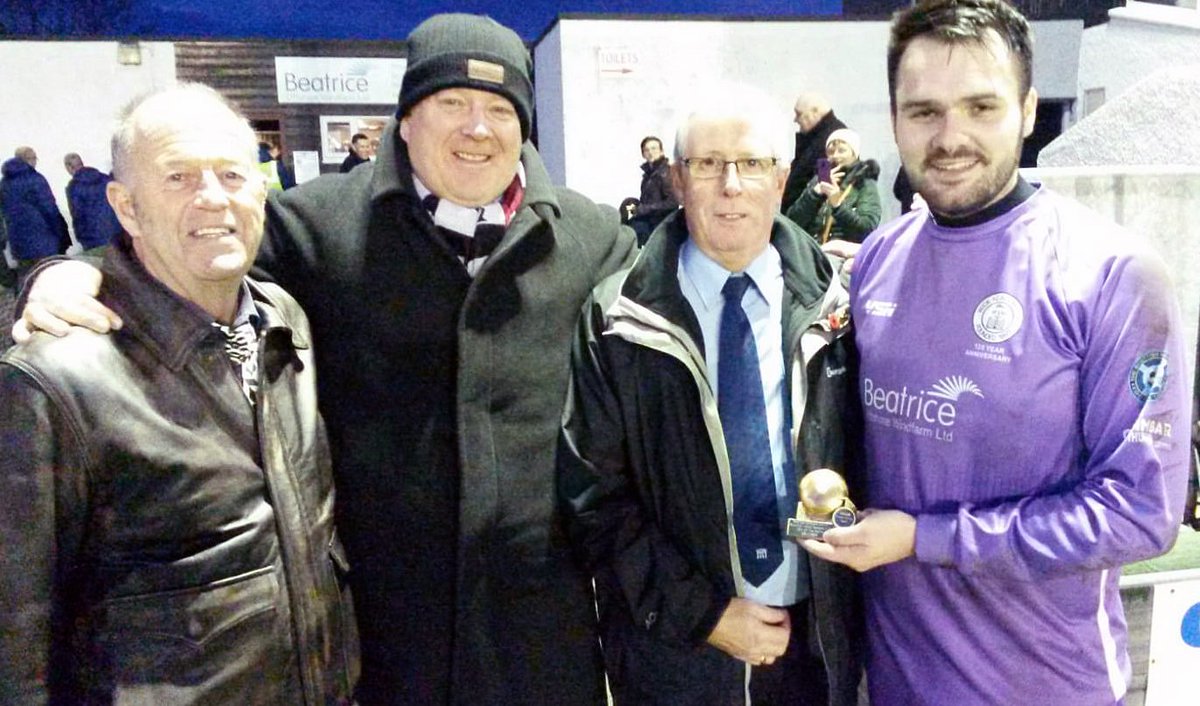