Written by John Briskham on 12 November 2010. Posted in Players 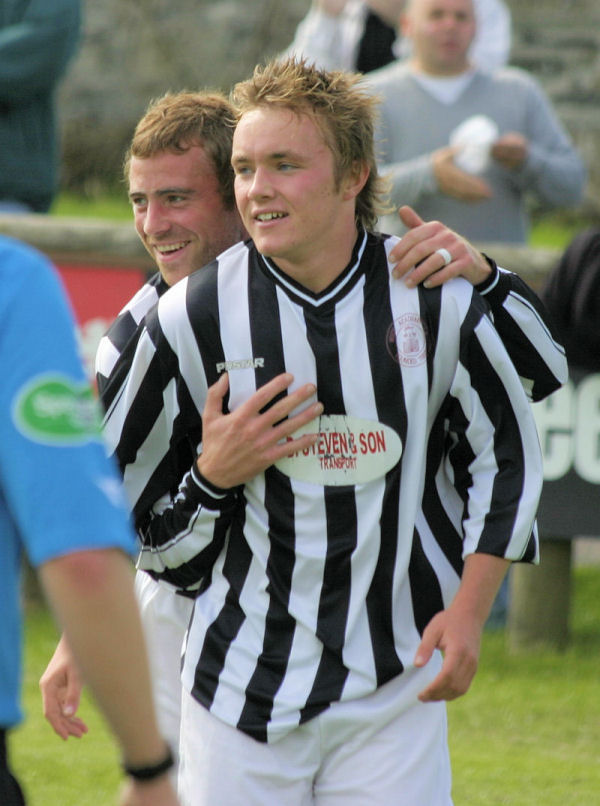 Richard Macadie scored his 50th League goal for the Scorries in the 8-1 win against Fort William at the Harmsworth on the 6th of November.

Macadie's goal haul has come from 147 League starts and 4 substitutions, giving a return of a goal in every 3 games played.

Only 2 other players are now ahead of Macadie in the League goal scoring charts. Club captain Martin Gunn leads the way with 63 League goals in 204 starts and 23 substitutions. Gary Weir currently holds second spot with 52 goals in 119 League starts and 50 substitutions.

As well as Macadie's impressive League tally he has also chipped in with 9 Cup goals (2 Highland League Cup, 5 Scottish Cup, 2 Scottish Qualifying Cup). The only Cup competition Macadie has yet to find the net in is the North of Scotland Cup.

Macadie's first goal for the Scorries came in a Scottish Qualifying Cup tie against Inverurie Locos on the 25th August 2006. Inverurie arrived at the Harmsworth as back-to-back winners of the competition, but Macadie dumped the holders out in grand style when he scored the only goal of the game, chipping the Locos keeper Stewart Gray from 12 yards out after only 5 minutes of the tie played. Macadie is pictured being congratulated by Captain Martin Gunn, who's goal tally he is homing in on.