Written by John Briskham on 19 December 2018. Posted in Players 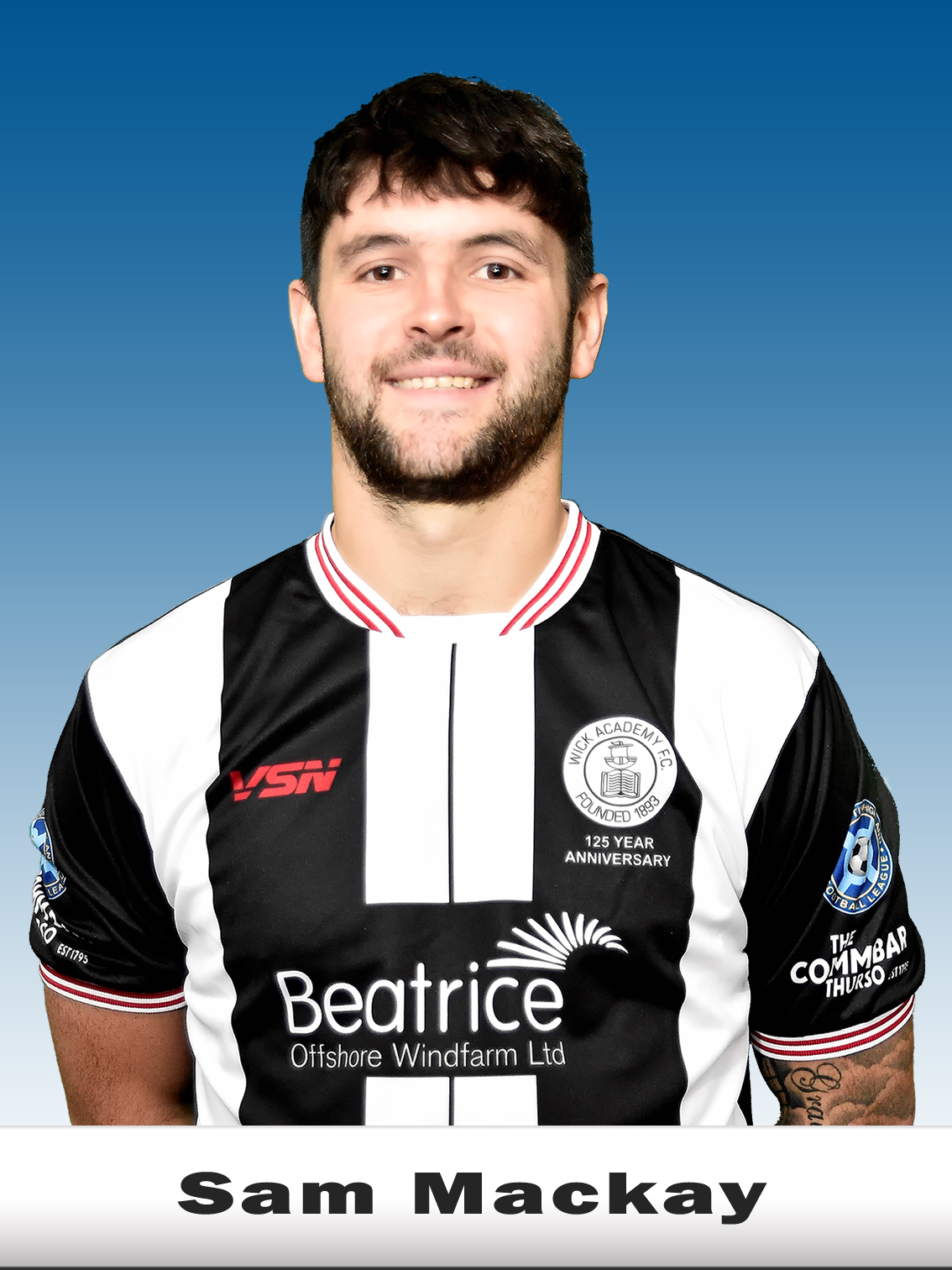 Wick Academy are delighted to announce that Sam Mackay has signed a contract extension that will see him with the club until 2020. This is Sam's 10th season with Wick Academy.

Academy Manager Tom McKenna is delighted that Sam has extended his contract, saying:

"To secure the services of Sam Mackay for another year is fantastic news for the football club and team. Sam has established himself as one of the main footballing figures in the Highland League and he is a big character within the team. Working with Sam week in week out you quickly recognise the qualities he possesses and his appetite for the game. Again, like all the players in our squad, he is a joy to work with".