Written by John Briskham on 17 December 2010. Posted in Club News 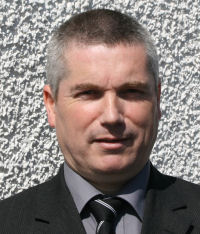 On behalf of the committee, management team, coaches and players, I would like to take this opportunity to thank our sponsors, supporters and helpers for their continuing tremendous support during 2010.

At the end of last season (2009/2010) we finished 9th in the league, our second best finish to date, thus consolidating us as a top 10 team. That season was particularly difficult due to the adverse weather conditions. We played no games from the start of December 2009 through to the middle of January 2010 and it was like restarting the season after a six week lay off. On top of that we had to play Fridays and Sundays to complete the league in May. I feel that Tichie, Zeeky and the players did well faced with these difficult circumstances.

This season we have lost only two of our home games and when we start putting together a string of away results then we will be up there with the top teams fighting for position. Unfortunately, at this stage in the season, the league is 49 games behind compared to 35 this time last year. I am sure that talk of summer football will now be something that will be discussed by many from the SPL down to The Scottish Highland Football League.

The highlight of this season so far, was getting to the North of Scotland Cup Final, our first ever senior cup final. What a tremendous atmosphere there was in the county leading up to that day in September and the support that was at that match was beyond what we expected. Over 1100 of you travelled to give your support to our lads, but alas we lost out by that odd goal in five. I know this has given a taste of the big occasion to the team and we will be at a final again soon, and bring the cup north next time!

Off the field, there has been a huge amount of work going on to obtain the Club Licence from the SFA. On this, I would especially like to thank John Briskham who has put  many many hours of work on this project to meet the compliance criteria and without his input we certainly would be struggling. We do have some major work to be completed to comply and one in particular; the floodlights at the park have to be replaced. This will be expensive and I would ask at this point for support in raising funds by both buying and selling the "Scorrie Scoop" tickets weekly and by joining our weekly, and 6 monthly draw the "Premier Club" Please do ask any committee member for details.

Finally I personally wish to thank everyone at the Club for their support and hard work during 2010 to make my life as chairman a lot easier.

From all at Wick Academy we wish you a very prosperous and happy New Year and look forward to your continued support in 2011.