Written by Administrator on 30 December 2019. Posted in Match Reports

Written by John Briskham on 28 December 2019. Posted in Match Reports

Wick Academy travelled to Victoria Park for the last game of the decade and were well beat by Buckie.

An already long injury list, player sickness and unavailability gave manager Tom McKenna a real selection nightmare. Grant Aitkenhead and Jonah Martens both started the game, and there were three of the Under 17’s squad on the bench; Sam Barclay, Scott Mowat and Scott MacDonald.

Joe McCabe opened the scoring for the home side after only 5 minutes, and Sam Urquhart converted from the penalty spot in the 23rd minute to give Buckie a firm grip on the game going into the half-time interval.

Jack Murray put the game to bed in the 64th minute when he scored Buckie’s third.

Daniel Bell was suspended for today's game, but his replacement Lee Herbert earned his stripes in the 70th minute when he saved a Richard Macadie penalty.

Kevin Fraser put the icing on Buckie’s Christmas cake when he scored their 4th in injury time.

After five minutes a Wick clearance hit referee Scott Leslie who restarted the game with an uncontested drop ball to Buckie. They worked it out to their left to Andy MacAskill whose cross was volleyed into the net by Joe McCabe at the back post.

McCarthy did well to save a Scott Adams free kick and set up a counter-attack, Martens crossing from the left to Hughes who headed it just wide of the back post.

Buckie went two goals up on 23 minutes with a harsh penalty award after Sam Urquhart collided with MacRae. Urquhart himself fired in the spot-kick.

The Jags dominated for a spell. Kevin Fraser was denied at point-blank range by McCarthy and MacAskill missed a chance, slicing his shot wide.

After another decision went against his team, manager McKenna was yellow-carded for dissent.

Academy’s best effort came just before the break, Macadie driving a 25-yard free kick against the wall and forcing a diving save from Lee Herbert with his rebound effort.

Wick competed well in the second half but Martens fired over the bar on 55 minutes, then Manson went off and Barclay came on.

On 65 minutes MacAskill set up Jack Murray for the Jags’ third goal. A fantastic run from man of the match MacAskill from the right-hand side had him beat two Wick defenders before passing it into Murray who struck it high into the net from close range.

Wick had a huge chance to get a consolation when they were awarded a penalty after Murray pushed Alan Farquhar to the ground in the box from a corner, but Herbert made a fantastic save getting his hand on the ball to keep Richard Macadie out.

Buckie finished the game off in style in injury time as substitute Callum Murray glided past two Academy players on the left and pulled the ball across goal for Kevin Fraser to score a tap-in into an empty net.

Mowat and MacDonald came on for a brief taste of first-team football.

Academy had a gruelling year on the road in 2019, with three trips each to Inverurie and Fort William and two to Cove and Huntly among their 25 away league, cup and pre-season matches.

Fort William are first-foots at Harmsworth Park on the 4th January.

Written by Administrator on 23 December 2019. Posted in Match Reports 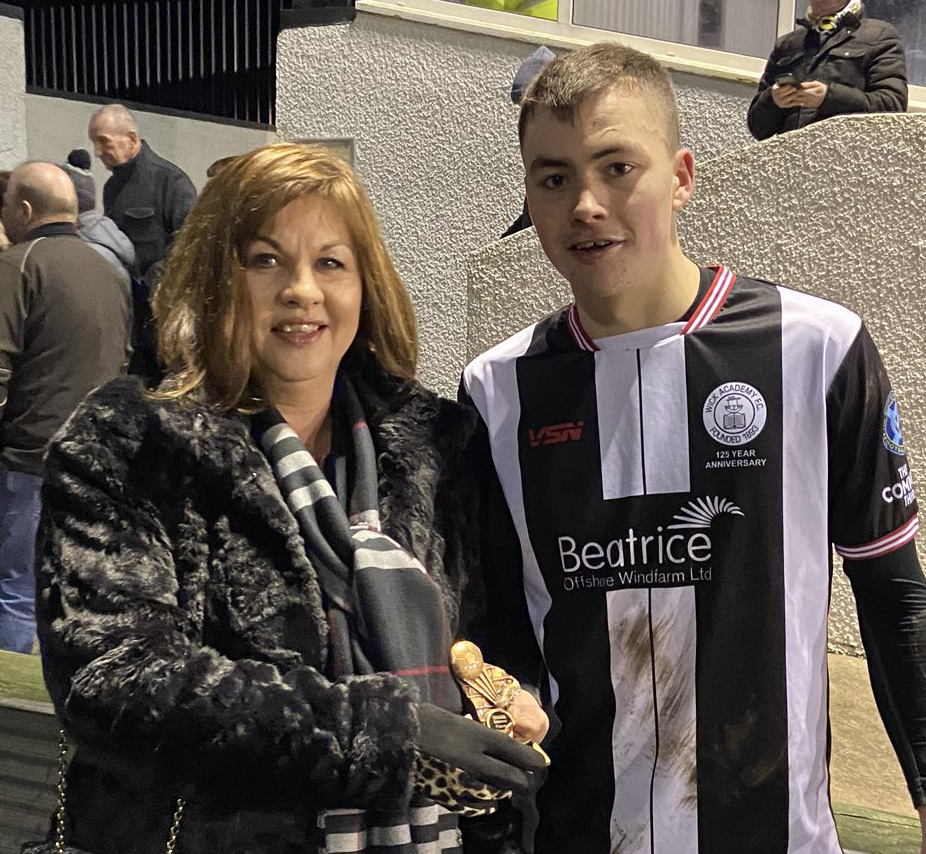 Written by Administrator on 17 December 2019. Posted in Match Reports