Written by John Briskham on 21 August 2010. Posted in Match Reports

A swirling wind at the Harmsworth Park today spoiled the game a little, but Academy battled out a 1-0 win with Stevie Cunningham grabbing the winner in the 61st minute. That was Stevies '4th goal in 4 games.

A second-half strike by Stevie Cunningham was enough to give Academy a 1-0 victory over Forres Mechanics in a match that will be remembered for Alan Bokas's superb penalty save in the closing stages.

The strong wind spoiled the game as a spectacle but the three points were what mattered most to the Scorries, with the added bonus of a first clean sheet of the season.

Co-manager Richard Hughes said recently he wanted Harmsworth Park to become a fortress, and results like this against tough opposition will certainly help to build up that reputation.

The closest to a goal in the first period was a snap-shot from Craig Shearer that came crashing back off the crossbar.

Academy made the breakthrough after 61 minutes. Gary Weir's cross from the right was nodded down by Shearer and Cunningham ran on to slot it low past Stuart Knight.


Richard Macadie had a chance to double the lead when he found himself one-on-one with Knight but the keeper managed to snuff out the danger. 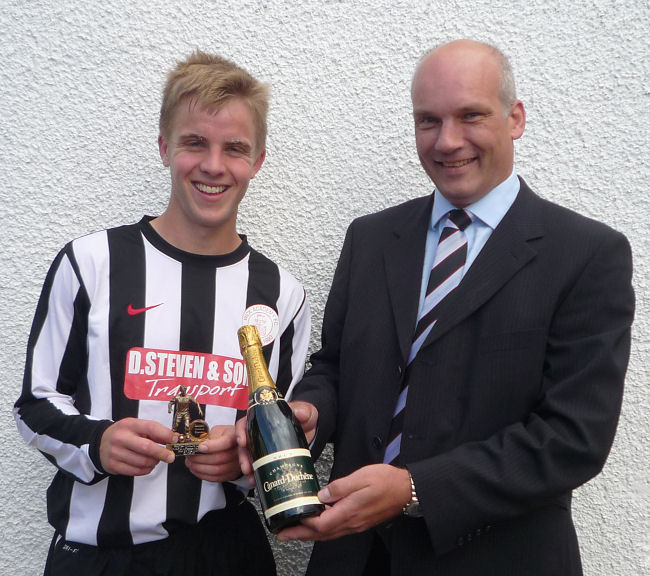