Written by John Briskham on 07 August 2010. Posted in Match Reports

A good performance by Academy today saw them pick up their first 3 points of this years campaign. Richard Macadie and Gary Weir both bagged a double, and Stevie Cunningham also got his name on the card with a sweetly hit 20 yard volley. Martin Gunn started his 300th league game for the Scorries today becoming the first player in the Club's history to hit this milestone.

Academy took the lead after just two minutes when Martin Gunn - starting his 300th game for the club - played the ball through the middle and Macadie ran on unchallenged to place it low past Willie Ridgers.

The Grantown Jags got themselves level after 27 minutes when Craig Shearer was adjudged to have fouled Ross Mackay in the box and Gary Sutherland made no mistake from the spot.

Wick regained the lead five minutes later when Macadie drilled the ball along the ground and into the corner of the net. It was the midfielder's seventh goal in three games against Strathspey.

Stevie Cunningham extended the lead when he fired the ball through a crowded penalty area and beyond the unsighted Ridgers with 37 minutes on the clock.

It was pretty much one-way traffic after the break as Academy attacked down the slope.

Weir made it 4-1 in the 67th minute when he took a pass from David Allan and forced the ball in at the third attempt. Then, with five minutes remaining, some fine passing by Bryan McKiddie and Richard Macadie allowed Weir to create a bit of space for himself and blast home his second.

Co-manager Richard Hughes was delighted with another five-start home performance, following on from the 5-2 victory against Brora in the North Cup.

"That's two wins out of two at home and hopefully we can continue that and make sure this is a hard place for everyone to come," he said. "We aim to get results here this season.

"In recent years we have enjoyed some of our best results away from home and we want to continue that as well, but we certainly want to gain as many points as possible at home."

Strathspey boss Donly McLeod said: "We are disappointed but not downhearted. Wick were just too good for us - they are so good at keeping the ball."

Photos from the game can be viewed in the gallery - click here. 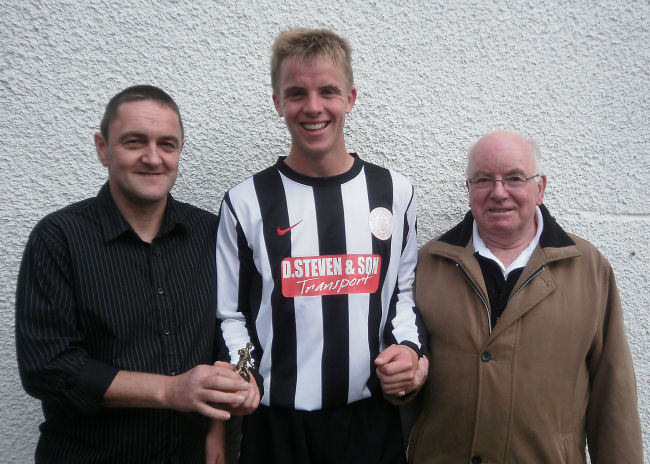