Written by John Briskham on 10 August 2019. Posted in Match Reports

Wick Academy were well beaten by visitors Formartine United today. The Scorries are really missing the presence of Davie Allan, Jack Henry, Jack Halliday and Marc MacGregor who are all out through injury.

Harmsworth Park passed an early morning pitch inspection which was great news given the heavy rain for the previous couple of days.

Formartine took the lead after only 8 minutes. Graeme Rodger was tripped over by Grant Steven on what looked like the outer-edge of the penalty area, but referee Gordon Seago pointed to the penalty spot. Scott Lisle converted the spot-kick.

The visitors came close minutes later to doubling their advantage when a Lisle attempt hit the inside of the post.

Andrew Greig made no mistake however on 24 minutes firing a powerful shot into the roof of the net from 16 yards out.

Academy almost pulled one back. Craig Gunn hit a sweet freekick that looked goal-bound but the acrobatic Errol Watson dived across and palmed it around the post.

Macadie then skied an attempt high and wide and Sam Mackay had a good shot blocked in a crowded penalty area.

Formartine went into the break three goals to the good then Lisle bagged his second of the game getting onto the end of a free-kick to send it home.

Academy were under the cosh from the re-start and seven minutes in Gary McGowan fired home the fouth.

In as many minutes later Formartine went nap when Lisle smashed home for his hat-trick.

Gordon MacNab broke through the Formartine back-line and went one-one one with keeper Watson but MacNab pulled his shot just wide of the post.

The wood-work at the other end of the park denied Garry Wood and Formartine controlled the game to the final whistle to run out deserving winners.

Academy will now need to try to re-group for an away trip to Clachnacuddin next Saturday.

Garry Wood was awarded the man of the match by our sponsor the Vulcan Social Club. He is pictured receiving his trophy from Murray Coghill. 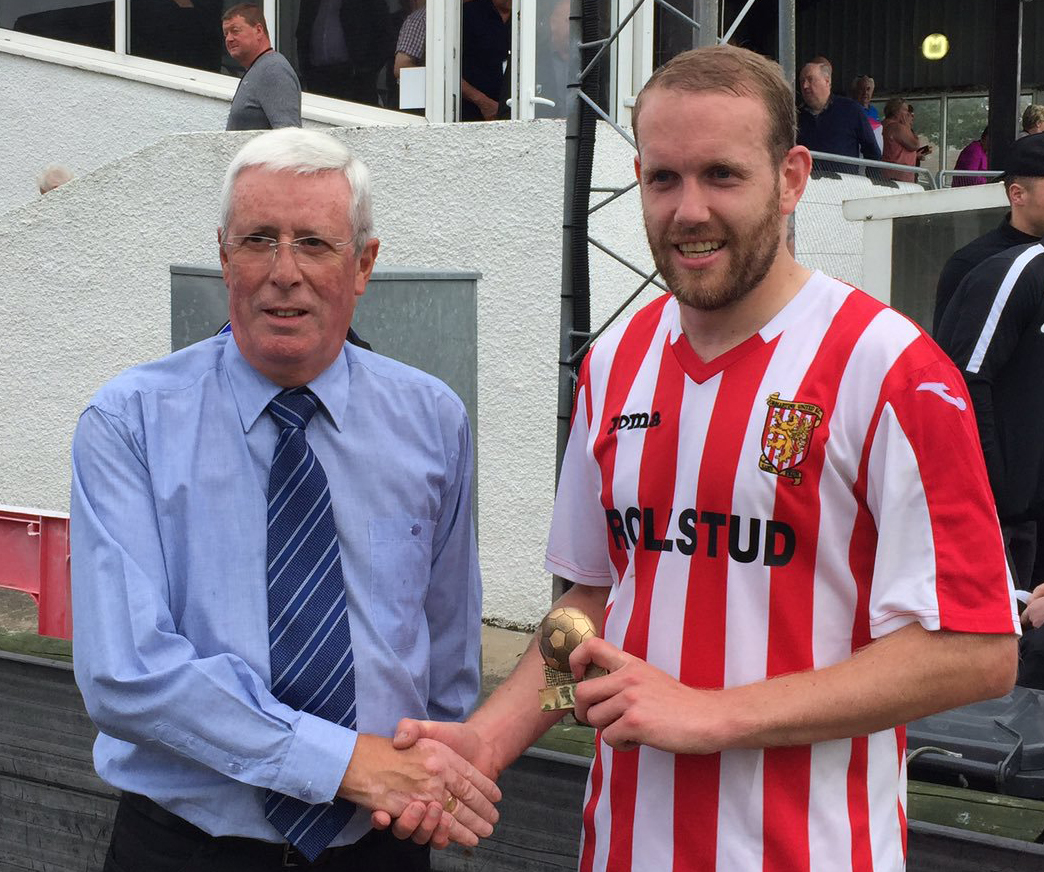