Written by John Briskham on 05 September 2010. Posted in Players

Craig's testimonal match against Ross County was a great success. Alan Hendry interviewed Craig before his big night, and we look back to Craig's thoughts on the event.

As a midfield powerhouse with a never-say-die attitude and a keen eye for goal, Craig Shearer has been a firm favourite with the Academy support for over a decade.

But while the 30-year-old is well known for leading by example and never shirking a challenge, off the park he's an unassuming individual who is not entirely at ease with being the centre of attention in this year of testimonial events in his honour. Not that this detracts in any way from his appreciation of the work being done by Alistair Ross and the rest of the testimonial committee. 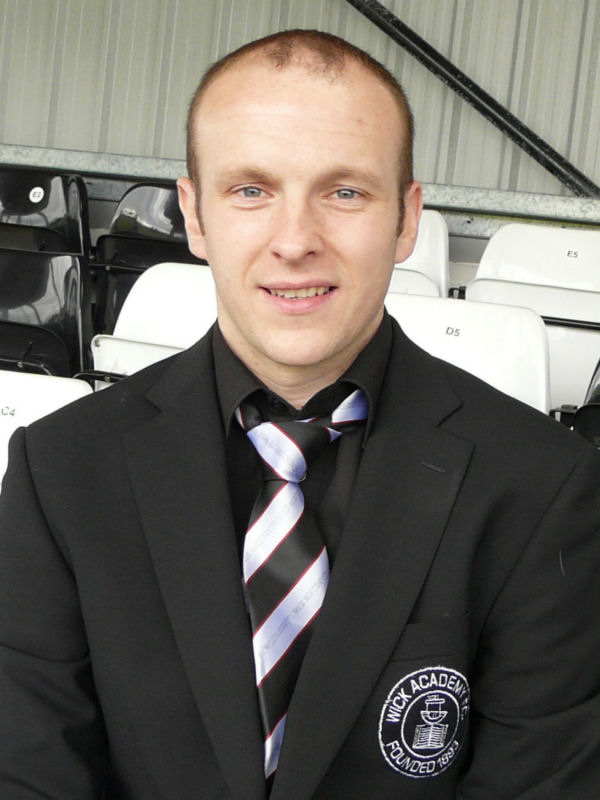 "I'm not really a centre-of-attention person," Craig admits. "I tend to shy away from it all. It still seems a bit surreal that it's my testimonial year, to be honest, and the game against Ross County seems to have come along all of a sudden.

"The work that has been done by the testimonial committee is amazing, though. I know they've had a lot of stress, and Alistair has probably had a few sleepless nights about it, but they've done such a good job of organising everything - from the horse-racing night to the golf, then the game, and then the dinner that is yet to come. They've done so much work and I can only say thank you for what they've done."

Craig's association with the club began in 1998 when he was approached by the then manager, Peter Budge. Craig, who was turning out for Halkirk United at the time, jumped at the chance to join his home-town team.

"I used to come and watch Academy when they first came into the Highland League," he says. "I can still remember that - the Brora derbies with crowds of 1000, and big teams like Aberdeen and Hibs and Falkirk coming up here.

"I was halfway through the season with Halkirk in the North Caledonian League when Peter Budge came to the house and asked me to come along to Academy training. There were no second thoughts about that."

Craig's first competitive start for Academy was in a league match at Brora in December 1998 and his first goal came against Huntly in February 2000. "It was here at the Harmsworth," he recalls. "I hit it from about 20 yards with my left foot and it went into the top corner - I don't think I've ever scored another goal with my left foot!

"I do sneak the odd goal. I wouldn't call myself a goalscoring midfielder but if there's a scramble in the box I just seem to be there at the right time."

Versatility is one of Craig's key attributes. Solid in the tackle, commanding in the air and accurate in his distribution, he has been just as effective when deployed in a defensive role. "I'm quite happy helping out in defence," he says. "I find it a bit easier going back to centre-half. You don't seem to do so much running as you do in the middle of the park, so it's not so bad."

The most memorable occasion in his Academy career so far was the Scottish Cup tie against Threave Rovers in 2001 when Harmsworth Park played host to the Sportscene cameras and the famous old trophy itself. "That was one of my best days with Academy," he says. "The place was just packed to the rafters."

When asked to pick out the best players during his time with Academy, Craig comes up with two names.

"Gordon Robertson," he says first of all, without hesitation. "He was a big signing when he came here - a brilliant player and more or less a perfect example of a professional footballer. He kept himself well in shape, he was always at training, and he did his stuff on the pitch.

"Then there's obviously Martin Gunn. I've played in the same position as him since I came here, in the middle of the park, and he's still as good as when he first started. So the two of them, I would say."

With the Scorries having established themselves in the top half of the league over the past two seasons, Craig is in no doubt that the current group of players is the most talented in his time at the club.

"This is the best team we've ever had, by miles," he says. "There are so many good young players coming through and there's so much depth in the squad. It's a good group that has come together at the right time."

Craig, who works as an instrument technician at Dounreay, lives in Wick with his wife Iona and their daughter Katie, who is two and a half. As a family man, he doesn't relish the long bus journeys to away games that frequently take up a large chunk of the weekend for Academy players, but his commitment remains unwavering.

He has already proved himself to be a great servant of the club, and the good news for the fans is that there's plenty more to come.

Craig says: "As long as my legs keep going and I stay clear of injuries, I want to play as long as I can."