Written by John Briskham on 02 August 2010. Posted in Players

Five of the Wick Academy squad have renewed their contracts for the coming season. The players are pictured signing their forms with Wick Academy General Manager Pat Miller. 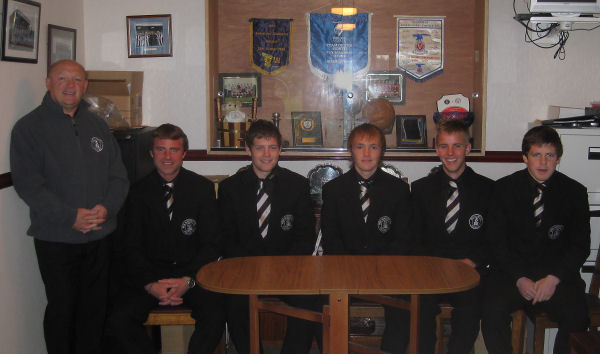