Written by John Briskham on 13 June 2010. Posted in Players

Alan Farquhar was unable to attend the evening, but David Allan and Alan Bokas are pictured below after being presented with their trophies. 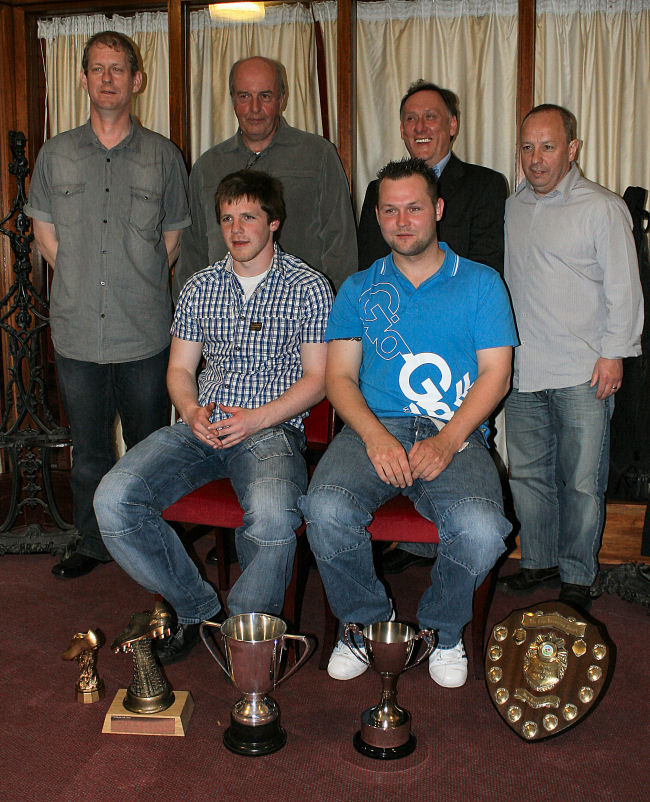