Written by John Briskham on 23 May 2010. Posted in Players

Wick Academy midfielder Sam Mackay has won the Jim MacPherson Sunday Post Young Player of the Year award for the second season running. Academy's David Allan claimed the runner up spot, only 5 votes behind his team-mate. 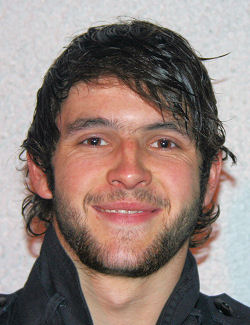 Wick Academy co-managers Zeeky Munro and Tichie Hughes said "Everyone at Wick Academy is delighted that Sam has won the award for the second year on the spin. It's also fantastic that David Allan has claimed the runner-up spot.  It bodes well for Wick Academy that we have two of the best recognised young players in the league in our squad. Sam has been immense in our midfield this season scoring a total of 19 goals for us, and David Allan has scored a total of 28, only 2 goals behind the league's top goal scorer Barry Somers of Formartine. Sam will be too old to qualify for next season's award, so let's hope that David Allan, or one of our other wealth of young talent, can go on and follow in Sam's footsteps and keep the trophy at Wick next year as well".