Written by John Briskham on 21 February 2010. Posted in Players

Academy have secured the services of Ross Allan until the end of the season. Ross was originally on loan from RCFC, but has now been released and Academy are delighted to now have him on their books. Ross is pictured with General Manager Pat Miller signing his forms. 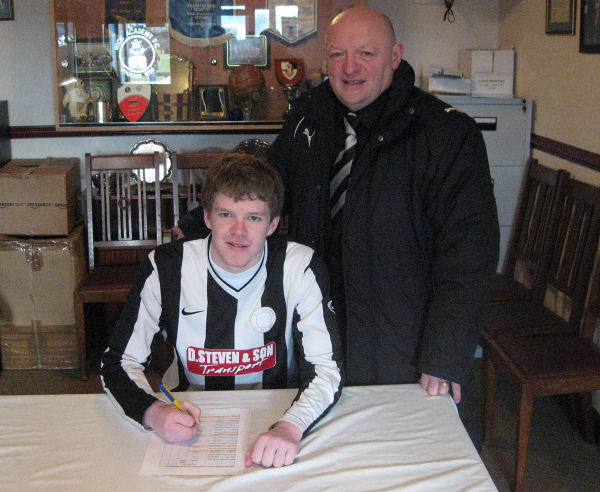