Written by Administrator on 18 August 2020. Posted in Players

The club are delighted to announce our first new signing of the summer with the news that former player Andrew Hardwick has re-joined the club following the expiration of his contract at Strathspey Thistle.

Andy of course will be very familiar to the fans having represented the club 60 times and scoring 6 goals, including a memorable hat-trick against Fort William in season 2018/19.

Andy is a very experienced Highland League player having played for Fort William, Nairn and Strathspey throughout his career so far and at 27 is just entering his peak years.

Manager Gary Manson had this to say: "It’s a good bit of business by the club to get Andy back on board. As soon as we heard he was available it was a no brainer to bring him in. He knows the club, the league and the players very well and he'll provide great competition to an area of the park we were looking to add to." 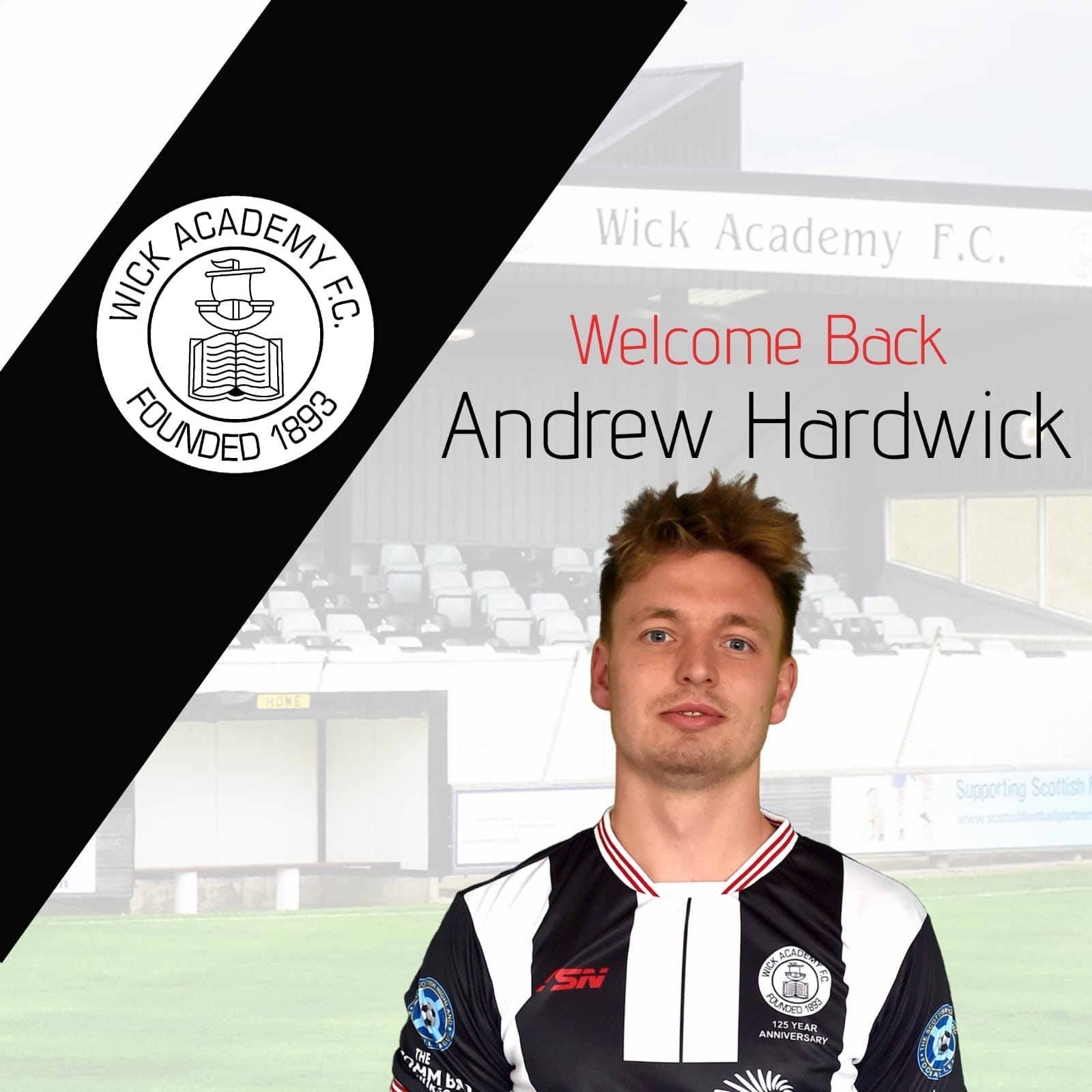