Written by John Briskham on 13 August 2018. Posted in Club News

The Buttress family from Thurso have donated a trophy in memory of Hector Buttress who recently passed away. Hector was a Deveronvale and Wick Academy fan, so the "Torn Loyalty" trophy will be presented to the man of the match at all future Wick Academy v Deveronvale games.

Leszek Nowosielski was awarded the man of the match in last Saturday's game and he is pictured being presented with the trophy by Hector's grandson Gavin Robertson. 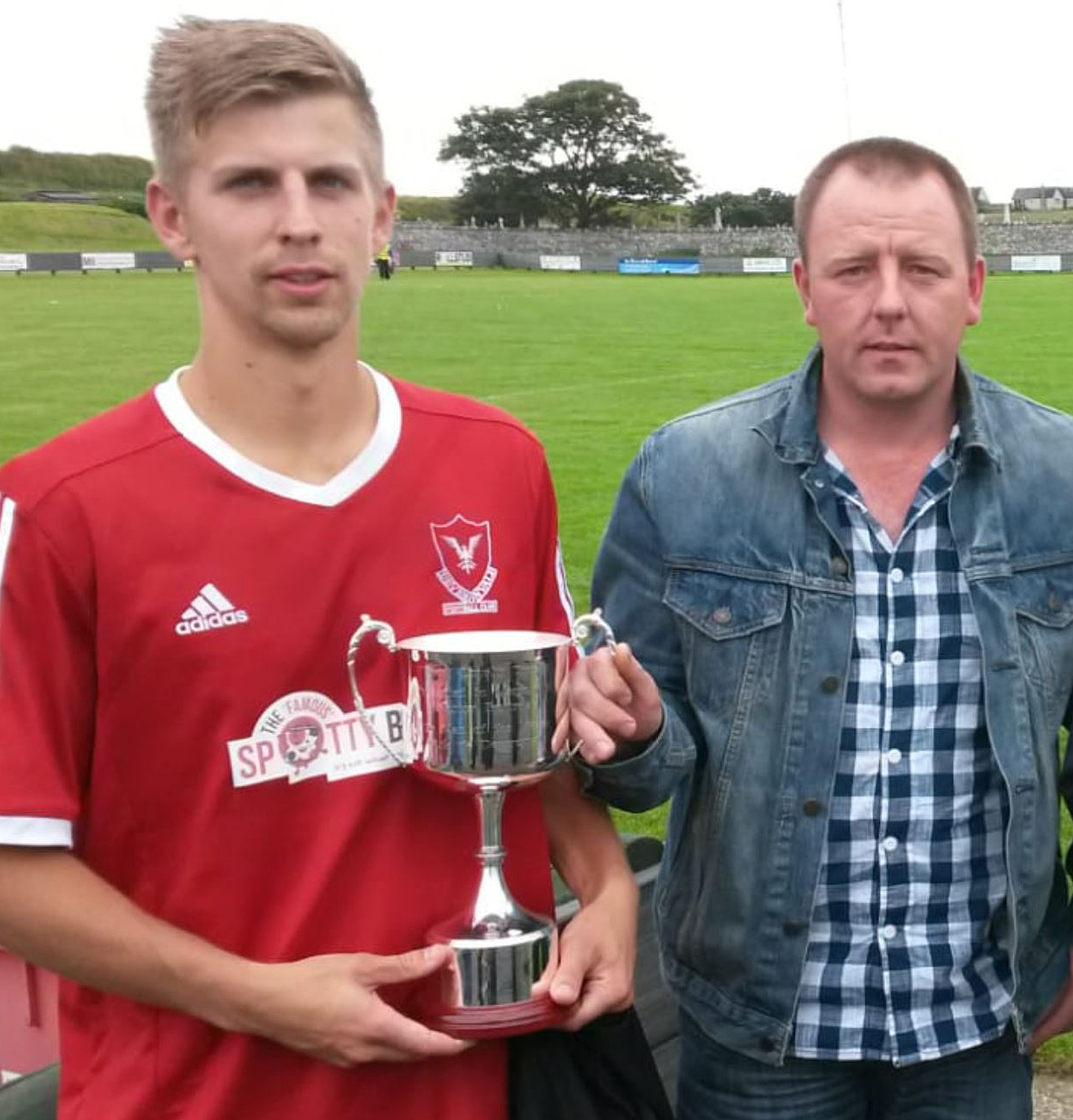