Wick Academy are delighted that Grant Aitkenhead and Mark Macadie have both signed one-year contracts. Manager Gary Manson is delighted to get them signed-up.

“It’s good for the boys,” Manson said. “They’ve been in and around the club for a season or maybe two and they’ve shown up really well.

“They thoroughly deserve their contracts, there’s no doubt about that. They’re not getting it just because they’re young lads and they’re from Wick.

“They deserve their chance at Highland League level and I’m sure they’ll kick on. They’ve both come through the under-17 set-up, so they know all about the travelling. It’s part and parcel of being a Highland League player – if you want to play at that level, you need to be willing to travel.

“It’s what we need as well, we need young guys coming through and pushing the more established players. 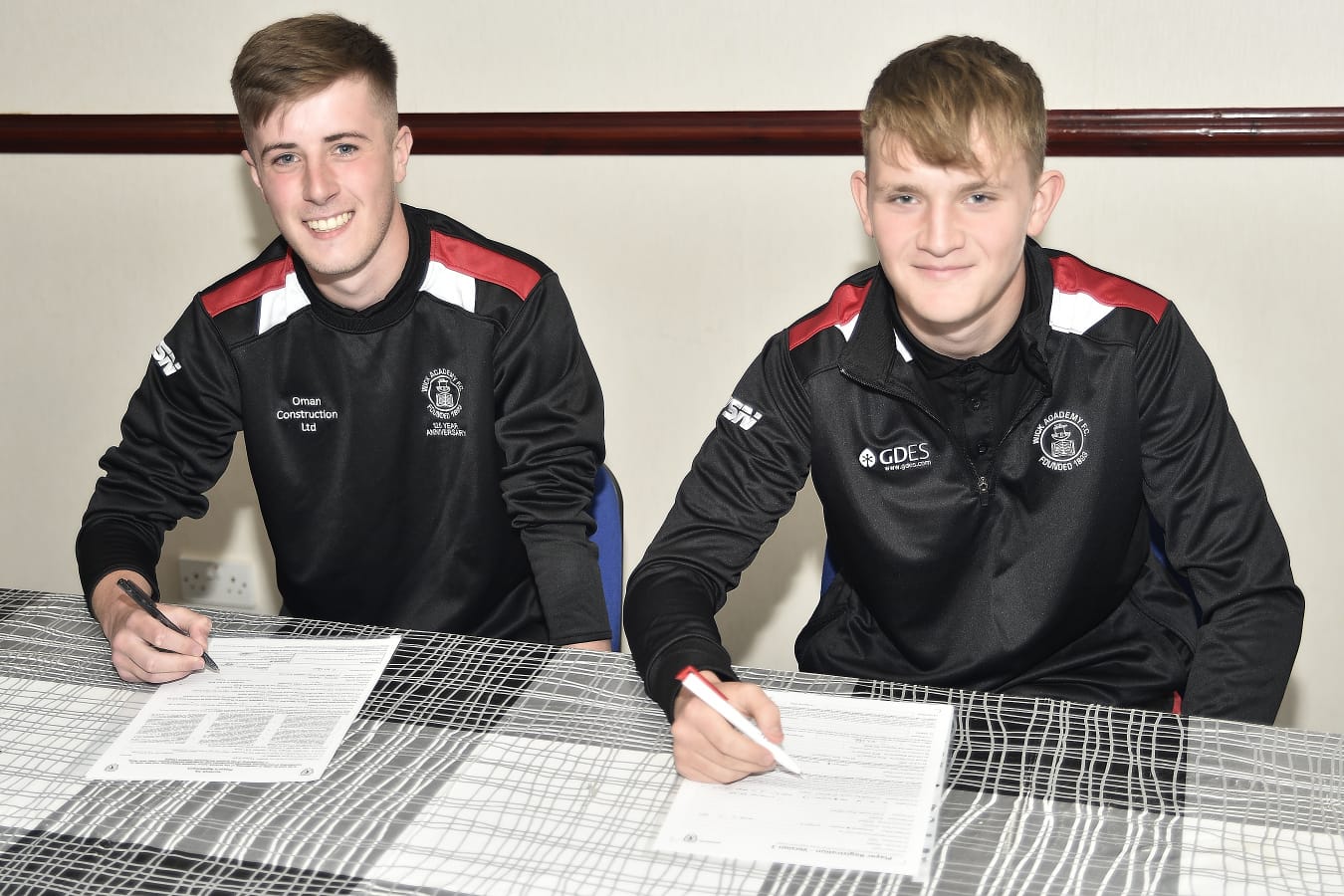