Sam Mackay has announced his retirement after 11 years with Wick Academy. Sam is a former Scotland schoolboy international and had 5 seasons at Brora before signing for Deveronvale. He joined Academy in September 2009 and in his 11 seasons with us he clocked up 349 competitive appearances scoring 144 goals. 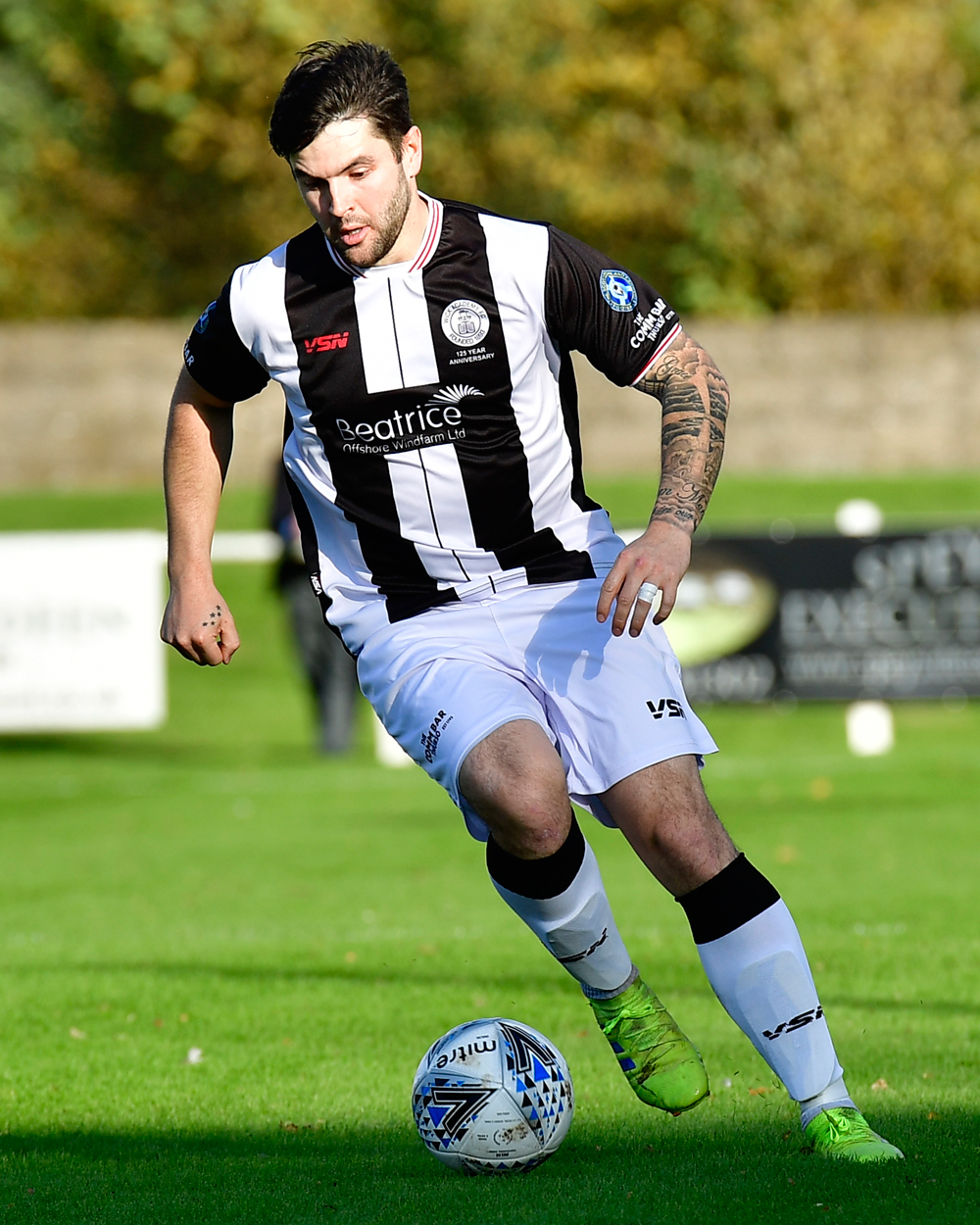 Sam has the following thoughts on his career and retirement:

“Firstly I want to thank everyone who sent me messages personally and further afield on my retirement. I have had some great memories over the last 11 years. I have played with and against some top players and made many new friends along the way, all good things must come to an end though. I would have loved to have had one last game at the Harmsworth to pay-back the fans for all their support over the years.

Winning the North of Scotland Cup was obviously a highlight among many, it was a special day for the club. My only regret is not adding to that trophy in the other finals we got too.

Going forward the future looks very bright for Academy. I'm sure Gary and Stewart will do a fantastic job. You can already see their impact in the training sessions. There are some great young players coming through as well as top experienced guys to guide them along. It won’t be long before Academy is challenging for silverware again.

Please keep supporting the team going forward. As I know they really appreciate the backing.”

Wick Academy Chairman Pat Miller is sad to see Sam retire and has stated that he is always welcome back at the club:

“Sam was a brilliant addition to an already talented squad. When he arrived we saw from the very start of his career with Academy that we’d bought someone who could unlock defences and supply our forwards with his quality passes. Over the years his talents were there for everyone to see which endeared him to our supporters. Even in what eventually is his last season he has shown his versatility by playing in the back-four like he’d always been there.

Having told me of his plans I spent a good piece of time trying to dissuade him to no avail. All I can do now is wish him a happy retirement but with the proviso ’never say never’ as we would welcome him back in some capacity with Wick Academy.”

“Firstly I'd like to say it's a great shame that Sam has decided to hang the boots up but all good things have to come to an end and I fully understand his reasons. It's also really unfortunate he never got the chance to say a proper goodbye to the fans.

He's certainly been a great servant over years to Wick Academy but even more importantly, he has been a player straight out of the top drawer at Highland League level.

When he joined us all those years ago the boys knew we were getting one of the most talented young players in the league who would instantly make our starting 11 stronger, and so it proved.

Sam is a valuable commodity in football, he's a match winner, a guy that could score or create a goal out of nothing. I've seen him countless times ghosting by 3 players and smashing a shot into the back of the net. He could also, certainly in his early days with us when he played wide, beat his man and whip tremendous crosses into the box which strikers thrived on.

He'll obviously be missed on the park but also in the change room, the team bus and around Harmsworth Park where he was always a lively character and the sort who got on with everyone. It'll be very difficult to replace Sam in every sense.

Sam can be very proud of what he achieved playing with the club, we achieved things during that period that were never accomplished before and might never be again, highlights being winning the North of Scotland Cup in 2015/16 and also winning every single home league match during the 2012/13 season only missing out on winning the title by 4 points.

In summary, Sam is an extremely talented football player, it was a pleasure to not only play alongside him but also to call a team-mate. He'll be sorely missed by all at the club, we wish him and his family all the very best for the future and he'll always be welcome at Harmsworth Park.”