The heavy rain and 45 mph gale forecast for Wick at 3pm on Saturday failed to materialise. However, after an early setback Academy served up a storm of their own for the Harmsworth Park faithful.

Ryan Stuart shocked the home fans in the fifth minute when he controlled a through ball and drilled it low into the net at the bottom end.

Academy came close to an equaliser on the quarter-hour when the ball struck Jack MacArthur’s arm and Craig Gunn fired the free kick past the Lossie wall only to see it bounce down off the bar.

After a careless back pass deceived keeper Trevor Dear, Gunn sent a corner from the left over the heads of players jostling near the penalty spot. Ross Elliot was booked for pushing as Gary Manson prepared to take the spot-kick.

Dear moved too quickly to save at the base of his left post and, after consulting his assistant, referee Alan Proctor ordered a retake. This time Manson drove it to the keeper’s right for a 27th-minute equaliser.

The Scorries went ahead after 39 minutes when Davie Allan steered the ball low past Dear.

A minute before the break Allan set up a chance for Gunn, who netted from the six-yard line.

For the restart, Richard Macadie replaced Ross Allan who had been both injured and cautioned late in the first half.

The first chance came at the top end where Sean McCarthy saved a Connor Macaulay drive at his left-hand post.

Manson was eager to attack down the left and the Academy veteran had a shot deflected for a corner before delivering a cross past the face of the goal.

One of the highlights of the afternoon was Ryan Campbell’s swerving left-foot 30-yard thunderbolt which rebounded off the inside of the junction of post and bar.

The action continued thick and fast. Allan chased the ball down to the goalmouth and Dear denied him but was then booked for a petulant push on the Academy forward.

Alan Hughes was racing down the right beating opponents at will during his first 10 minutes on the park before moving inside to lash a 20-yard effort against the face of the bar.

Mark Macadie, introduced on the left, also relished the opportunity to run at the Lossie defence, though he was floored by a sliding tackle. Gunn’s free kick flew past the back post.

Lossie’s third sub, Brodie Allen, also tried to make an impact, going close with a couple of shots in the final minutes.

The win will boost the squad’s confidence for Saturday’s Scottish Cup first-round tie at Inverurie, though the management team will no doubt be hoping for the return of a few of the more experienced players to bolster the defence.

Man of the match as chosen by match sponsor MM Miller was Kuba Koziol. Kuba is pictured receiving his award from Yvonne Cormack and Louise Cormack. 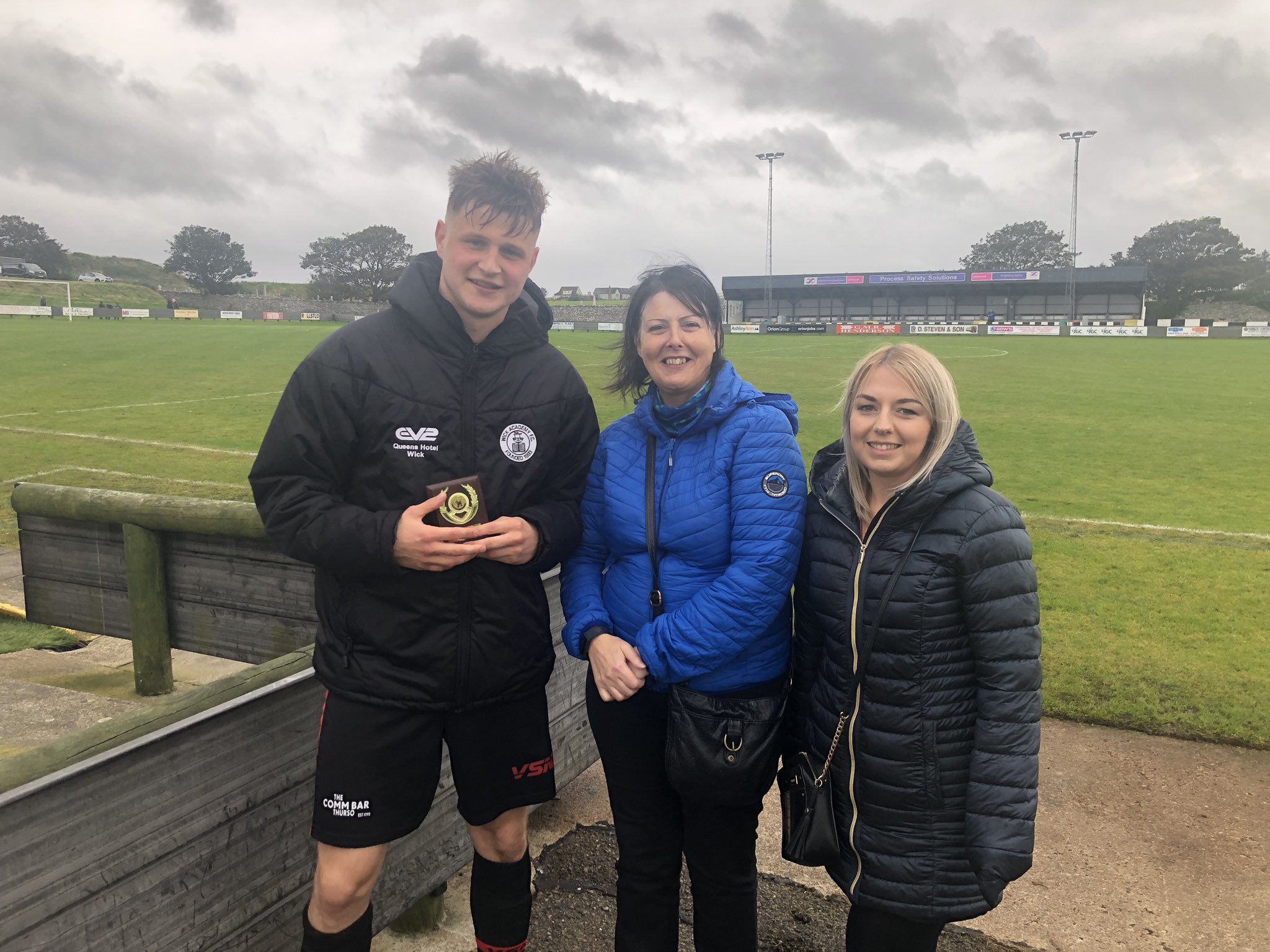